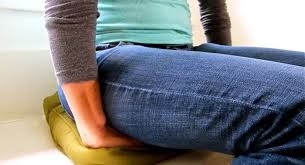 Don't Just Do Something; Sit There!

During this pandemic time, I'm reminded about how much fear there is in the world. Fear of missing out (FOMO), fear of losing money, fear of catching a contagious virus, and fear of losing a job. When I think of fear, I think of uncertainty. Then I take uncertainty and try to find the opportunity in it. What we experienced in late February and early March, an approximate 35% downturn in the S&P 500 index, created some anxiety and fear. I have to admit that in my humanity, having the markets react so violently both on the downside and the upside, I shared in the fear for a short time, especially on the downside like the terror you experience on the first hill of a rollercoaster ride.

As a student of the markets, I gathered myself through prayer and remembrance of the other times I've gone through dramatic downturns in the market throughout my career (1987, 2001-2002, and 2008-2009) which were even more dramatic than this time in 2020. Through this time I recalled how each of the previous times we recovered and lived to tell about it. Even before 1987, there has yet to be a time were the stock market never recovered. Wow! That is a 100% track record - pretty solid and factually history. Knowing this history, I was armed with the fortitude to advise clients that if they could take courage and hold on, without letting fear take over, they would survive this downturn as well. Here we are, just five months after the lows and we have, for all intents and purposes, recovered from the downturn.

Does this mean that we are out of the woods yet? No, there are still uncertainties and huge shifts in industry and demand that have yet to play out. As a market historian, I know that every time since WWII we've had a major downturn of greater than 25%, there has always been some level of retracement of the most recent decrease, I don't know all the reasons why this is, but it is. That's about 75 years of more solid historical fact. So, if we know that we have a stellar track record of recovery and that we may have some level of retracement, why should we fear?

Time for an analogy. When someone goes on a rollercoaster ride, they know that if they were to jump out of the car as it is going down the hill, we would kill ourselves. Same is true for the stock market. When people jump out of their investments during a downturn, they usually jump out at somewhere near the bottom because they think it's going down forever (I'm not exaggerating). We know this not to be the case. However, jumping off has the effect of irreparably damaging the portfolio, killing our retirement prospects.

So what do we do? If you are concerned about major downturns that may be on the horizon or in the coming years, here are a five things to consider:

One last point. If we are aiming for a particular rate of return, let's say 8%. The chances of have an 8% return in any one year is infinitesimal. What this means is that 7 of 10 years, the market goes up. The other three years are down with one of these three being down substantially, 30%-50%. But, over that 10 year time frame, one might average 8%. It's built in based on the asset allocation you have in your portfolio. However, in order to get that average of 8%, you must stay in the market at all times. Otherwise, your opportunity flies out the window because of the bad behavior of trying to get out and in at the right times.

Bottom line: In the stock market, sticking to plan and not doing anything about the downturns is the best thing you can do for yourself instead of trying to fight a losing battle of guessing when to get out and then having to guess the right time to get back in. You'll have to be right twice and that usually doesn't happen.

My dad use to ask me, Ted, what do people do when it rains? Not knowing where he was going with the question, I'd ask what. He would say, they just let it. Just let the markets do what they are going to do. What do we have to fear? Nothing except the fear of not trusting the markets.

Finally, the two most important things you can do to put you into the "don't just do something, sit there" posture, is rebalancing your portfolio to adjust for risk so you can sleep through the downturns. The other is buy more on the dips. You'll be glad you did both.